You are at:Home»News»New Appointments»NOAA appoints new director of US National Weather Service 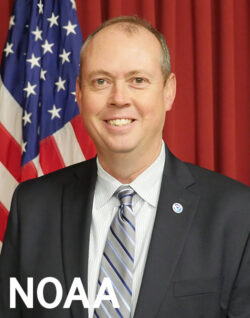 Kenneth Graham has been named as NOAA’s next assistant administrator for weather services and the 17th director of the National Weather Service.

Graham has served as the director of the National Hurricane Center since April 2018, leading the USA through numerous hurricanes, including 30 named storms during the record-breaking 2020 hurricane season. He has a vast amount of operational field experience, working his way up through the ranks at NWS, mostly in field offices, starting out as an intern meteorologist in 1994 at the New Orleans/Baton Rouge weather forecast office.